We hope this short guide will bring you one step closer to understanding the Jamaican Patois (pronounced Pat-wah). The guide is divided into three sections namely greetings, responses and goodbyes. Upon completion you’ll have a better understanding of popular slangs like “Wah Gwaan”, “Mi deh yah” and “likkle more”. This is especially helpful if you plan on visiting Jamaica anytime soon.

Greetings – How to greet someone in Patois 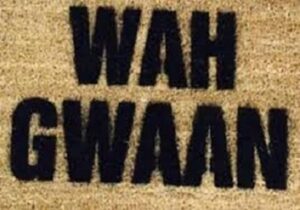 All these expression typically mean the same thing and it all boils down to personal preference.

What are you up to?

This is another way of asking how someone is doing but in this case you want to know if they have anything planned.

Howdy Do / How yuh duh / Howdeedo

How do you do?

How are you doing?

While not as popular as the ‘Wah Gwaan’ counterpart, this form of greeting achieve the same thing but is more popular with the older generation.

You’re asking if the person is ok and if everything is well with them.

Greetings Bredren / Greetings Sistren / Greetings Empress – This is how Rasta greet their brothers (bredren) and sisters (sistren or empress). Please note that you don’t have to be blood related.

One Love / Blessings / Hail Up – Another short and effective way of saying ‘hello’ and is used quite often by Rastas. Remember you don’t have to dread to be Rasta, therefore anyone can use them.

Psst – Guys make this sound with their mouth to get the attention of girls when then walk by.

[English]: What’s going on my friend, how’s everything?

[English]: What’s happening with the radio? I can’t hear anything.

[English]: How are you doing Mr. Smith? It’s been a long time.

[English]: Hey girl, you don’t hear me calling you? 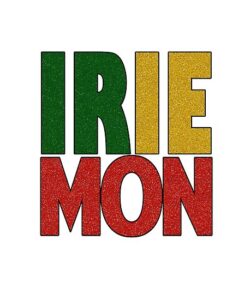 Having a bad day

Not doing too well

This response is more of a downer, which is used when a person is stressed, in a bad mood or just not doing too well at the moment.

Everything Sort Out – All is well

My thing is on another level

This response is more popular with the youths and used frequently in the reggae and dancehall space.

Si Some Example Yah – Here are some examples

[English]: From I left Kingston, nothing is going my way

[English]: My friend your thing is on point

Goodbyes – Saying your Goodbyes in Patwah 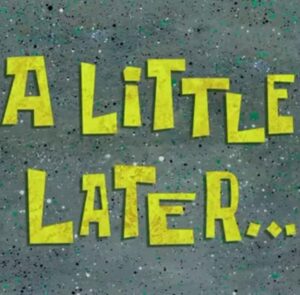 This expression is used to tell someone later, goodbye or see you soon.

[English]: Hey, I’ll check back with you tomorrow

[English]: I’ll deal with that later, I have to finish my homework

You may have missed