Sweet, sweet Jamaica is an island situated in the Caribbean Sea located south of Cuba and west of Haiti. Jamrock is known for its lush topography (mountains, rainforests, beaches), and the birthplace of reggae music. The capital of Jamaica is Kingston and home to the Bob Marley Museum. Jamaica has six national symbols namely the Jamaican National Flag, Coat Of Arms, national fruit (Ackee), national bird (The Doctor Bird), national tree (Blue Mahoe) and the national flower (Lignum Vitae). This guide covers the significance of each symbol and a brief history. 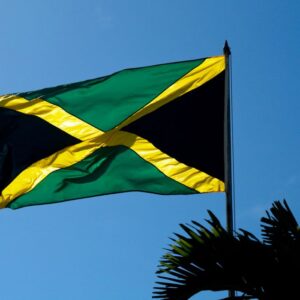 The beautiful island of Jamaica gained independence from the United Kingdom on August 6th, 1962. This also represent the first time that the Jamaican National Flag was raised. The flag signifies the birth of a our nation, memories of the past and an inspirational piece for future success. 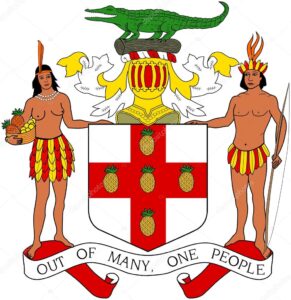 The Jamaican national motto is “Out of Many One People”, which is quite fitting considering the population’s multicultural roots. Jamaicans are of predominately African descent, with significant European, Chinese, Indian, and mixed-race minorities.

The motto is represented on the Coat of Arms, showing a male and female member of the Taino tribe standing on either side of a shield which bears a red cross with five golden pineapples. The Tainos were the first inhabitants of the country, and the golden pineapple is the indigenous fruit.

The Jamaica Coat Of Arms can be seen on currency (both bills and coins), on national documentation, and used as a final seal of approval by the government. 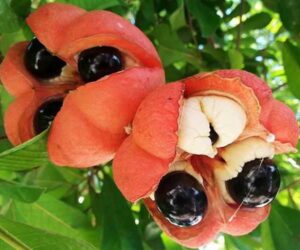 Ackee (Blighia Sapida) is the national fruit of Jamaica as well as a component of the national dish ‘ackee and saltfish’.

The fruit was imported to Jamaica from West Africa probably on a slave ship and is therefore not indigenous to Jamaica. The scientific name ‘Blighia Sapida’ was given in honor of Captain William Bligh who took the fruit from Jamaica to England in 1793 and introduced it to science.

Ackee is very delicious when prepared but it does cantain a poisonous amino acid ‘hypoglycin’ if the fruit is harvested before fully ripe. The poison is toxic if ingested and can lead to vomiting and or other related illness. 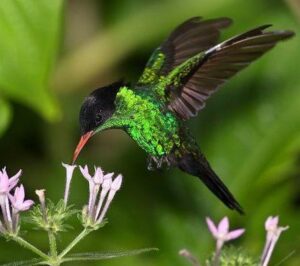 The Doctor Bird (Trochilus polytmus), also know as red-billed streamertail, scissors tail hummingbird lives only in Jamaica, where it is the most abundant and widespread member of the hummingbird family.

These birds have beautiful feathers and the adult male sports an extra long tail much longer than its body. Aside form the coolness factor, the tail feathers make a humming sound when the bird flies. The doctor bird feeds on flower nectar and small insects. 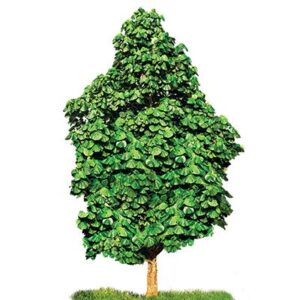 The Blue Mahoe (Talipariti elatum) is the national tree of jamaica but also grows in the island of Cuba, Puerto Rico and the US Virgin Islands. The name mahoe is derived from a Carib word. The ‘blue’ refers to blue-green streaks in the polished wood, giving it a distinctive appearance. The Blue Mahoe grows in a wide range of elevations and can reach a height of 3,900 ft in wetter areas.

The Talipariti elatum tree is quite attractive with its straight trunk, broad green leaves and hibiscus-like flowers. The attractive flower changes color as it matures, going from bright yellow to orange red and finally to crimson.

The blue mahoe is a beautiful and durable timber that is widely used for cabinet making and also for making decorative objects such as picture frames, bowls and wood carvings. 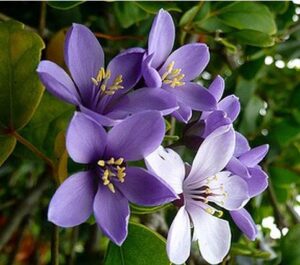 The Lignum Vitae (Guiacum Officinale) is the national flower of Jamaica. It is a specie of tree native to the Caribbean and the nothern coast of South America. The name ‘Lignum Vitae’ is Latin and it means “wood of life”, which is quite fitting considering its various medicinal properties.

This small tree is very slow growing, reaching about 10 m in height with a trunk diameter of 60 cm. The tree is essentially evergreen throughout most of its native range. The blue flowers have five petals that yield a bright-yellow-orange fruit with red flesh and black seeds. The Lignum vitae plant is bursting with potential and everything from the bark to the leaves are harvested and used accordingly.

You may have missed 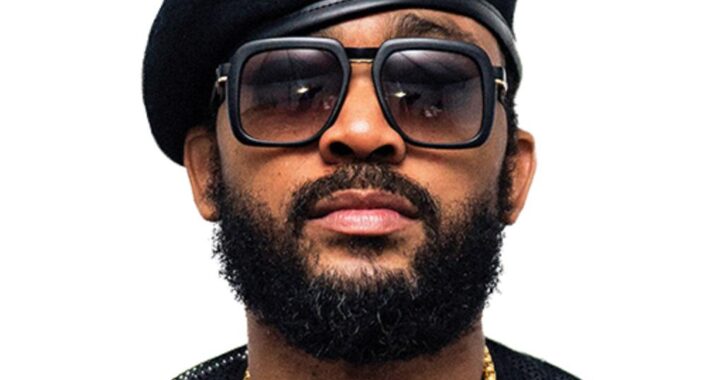 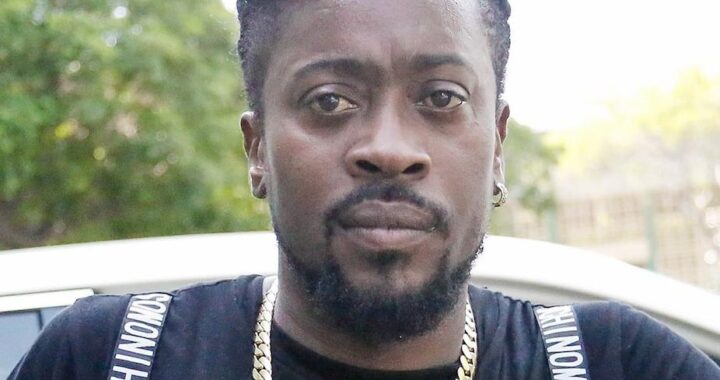 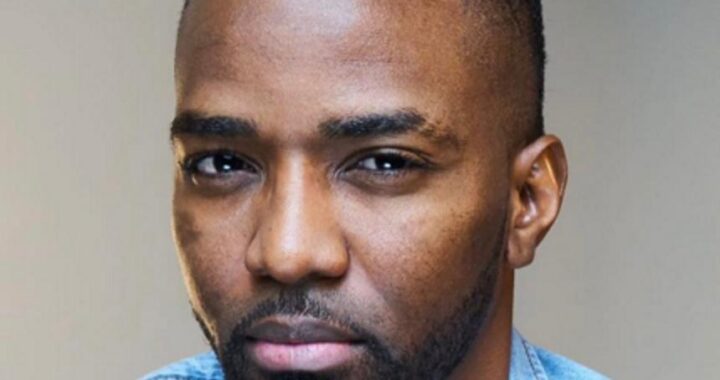 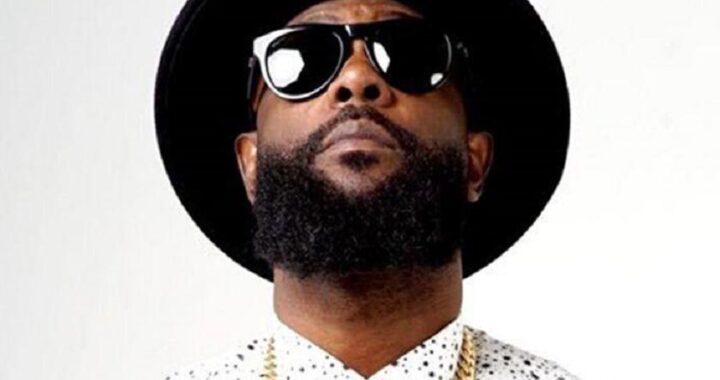